The YMCA performed "Newsies" for its fall musical from Nov. 29 to Dec. 1.

“Now is the time to seize the day!” Class of 2008 alum Sam Emlen sang, holding up a fist in emphasis. Onstage, kids of all ages echoed Emlen’s words before breaking out into synchronized choreography and musical number.

Over 2,200 people watched the Upper Main Line YMCA’s production of the musical “Newsies” in the auditorium of Tredyffrin/Easttown Middle School, which was shown at four different performances from Nov. 29 to Dec. 1. Offered as a YMCA program, more than 150 performers ages 5 to 28 practiced for three months leading up to the performance, which depicts the New York City Newsboys’ strike of 1899.

Junior Elizabeth Holton, who plays the role of the newsboy Albert, said that the most rewarding part of the production were the people she met at the program. Holton has performed in more than 30 other shows, including off-Broadway musical “Mame” in New York City.

In “Newsies,” “you can meet and find people with similar interests, and there’s a camaraderie there that’s like being on a sports team,” Holton said. “Without even one person, the show couldn’t go on because the magic of theatre wouldn’t exist. I’m so inspired by these young kids who have so much passion and talent to do what they want to do.”

However, there weren’t always as many kids in the YMCA shows. In 2016, YMCA musicals had only 40 kids performing, compared to the current 154 performers in “Newsies.”

Janelle Brandberg, who has directed the musicals produced by the YMCA since 2016, attributes part of the success and growth to the core philosophy of the program, which values qualities such as kindness and acceptance.

“We welcome all. The reason for that is children even as young as 5 years old are faced with a lot of stress and disappointment, and so the program is founded on building a true community for these kids,” Brandberg said. “In the program, kids learn acting, choreography, vocals, and they also learn about themselves and grow their own confidence and self-esteem.”

TESD parent Kate Murphy, whose three children performed in the show, was one of more than 70 parent volunteers who helped move props, create costumes, and sell tickets for the show.

“There was a real element of community support,” Murphy said. “In sports and other activities, there are networks of booster parents and others help to make that possible. This is another alternative to that, where kids get the opportunity to participate in a team to a certain end goal.”

Emlen, who played the lead role of Jack in the musical, said that there were parallels between the production and the themes in “Newsies.”

“There’s a message in “Newsies” in that you can start (something) with one voice, but it needs other voices to grow. You need to feed it. You need to build on it,” Emlen said. “I’ve been able to see these kids grow and be more comfortable on stage and I’m able to be this role model for the kids, which is really rewarding.”

In the future, Brandberg hopes to have a theater on the YMCA campus, with rehearsal studios and classes on stage management and lighting design.

“The arts are generally the first to be cut from the school budget, and I think a lot of the kids I have (in the program) are here because of that,” Brandberg said. “But we’ll continue what we’re doing to welcome all kids into the program.” 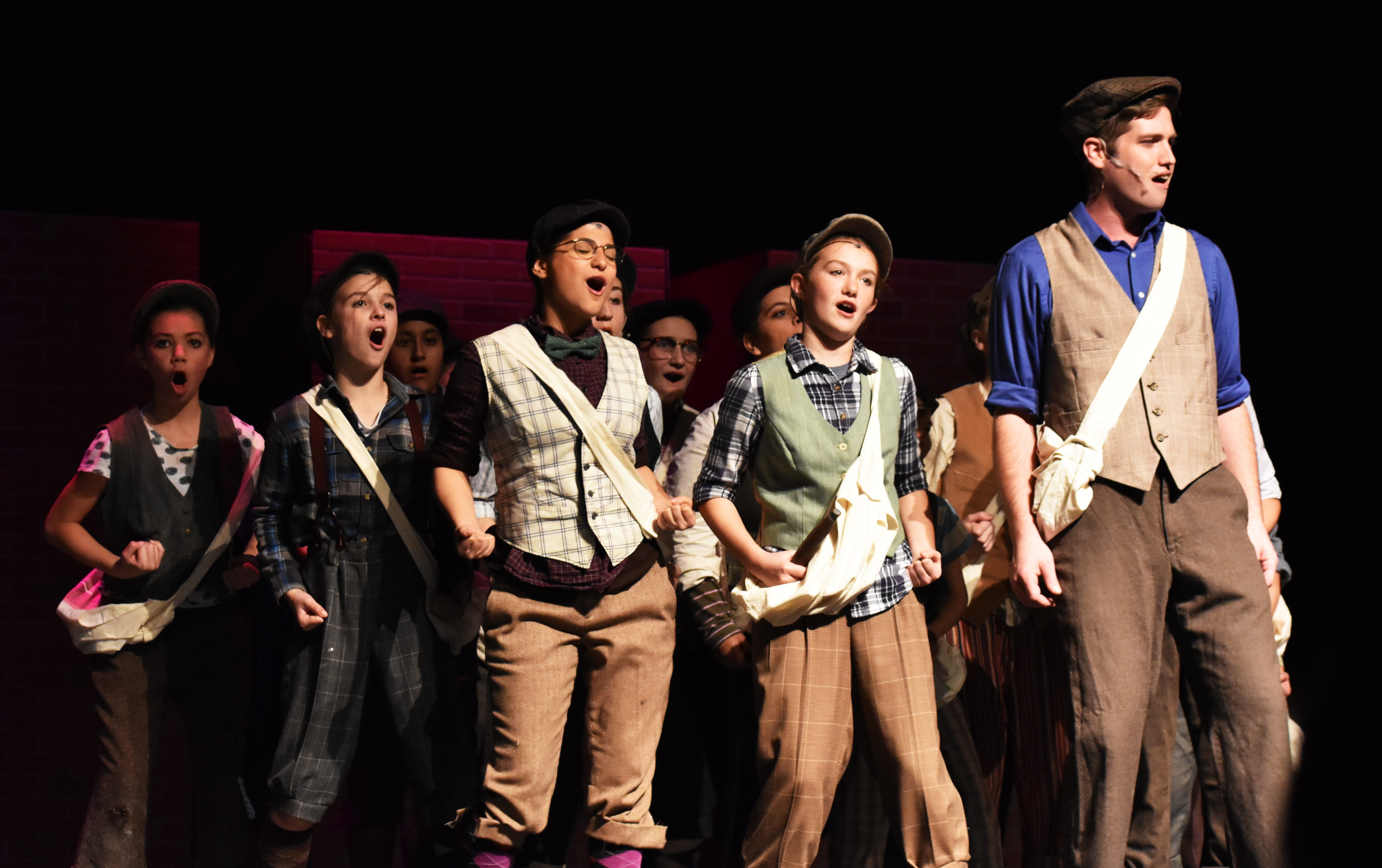